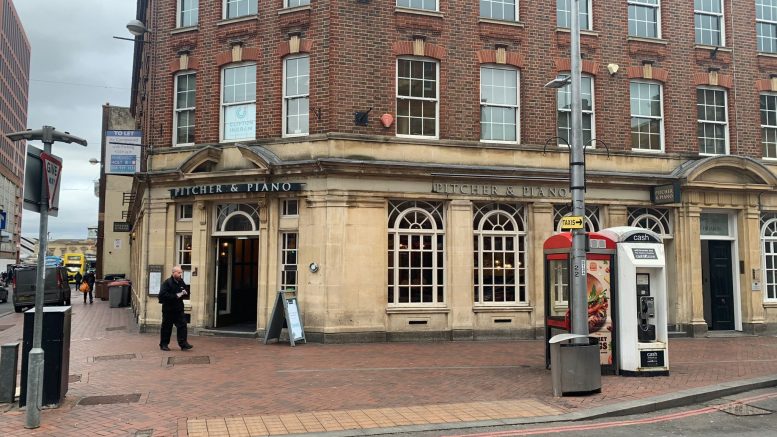 A plan to convert offices into flats in Reading town centre has been torpedoed due to concerns that future occupants would be unduly disturbed by the amount of noise in the area.

The owners of County House at 17 Friar Street had planned to convert office rooms into 23 flats, 20 of which would be one beds and three would have had two bedrooms.

A Reading Borough Council planning officer rejected the application, ruling that the developers failed to demonstrate that future occupants would not be affected by the noise coming  from nearby restaurants, bars and clubs.

Indeed, the ground floor of County House is occupied by the Pitcher & Piano bar restaurant and Q Club.

READ MORE: Progress on the biggest plans set to change the face of Reading in 2022

The developer’s noise impact assessment was criticised as it was undertaken while the ‘rule of six’ coronavirus restriction limited the amount of people that could meet each other indoors.

The officers refusal report states: “The noise survey was undertaken between Friday, July 2 and Monday, July 5, 2021.

“However, at this time bars and restaurants were operating on recued levels

due to social distancing as a result of the Covid19 pandemic, whilst nightclubs

“Therefore, it is not considered that the submitted noise assessment has fully considered to the noise impacts of the surrounding commercial uses and particularly those to the ground floor of the existing building.

“Therefore, prior approval is refused.”

Although conversion of offices into homes is considered permitted development, the application was submitted to receive ‘prior approval’ for aspects of the plan, such as its impact on local infrastructure and the quality of life for potential occupiers.

On this occasion, the council officer felt the conversion would be unacceptable.

An appeal against the refusal decision was lodged by BAE Systems Pension Fund, the owners of County House at the time.

Planning agents for BAE Systems argued the application would deliver much needed housing accommodation in Reading, and would be sustainable due to its proximity to  services, public transport and accessibility.

Occupants would have benefited from 41 car parking spaces and 38 bike spaces.

The agents also argued that the council officer’s refusal was unsubstantiated, as no evidence was provided to demonstrate how future occupants would be negatively impacted by the noise coming from the town centre.

But inspector Helen Davies sided with the council officer, stating: “the intended occupiers would be subject to an adverse impact concerning noise from commercial premises. ”

The appeal was dismissed on Tuesday, June 7.

The application can be found using reference 211214 on the council’s planning portal.

BAE Systems no longer owns County House, as the building was sold alongside the Harris Arcade to investment company AEW UK.