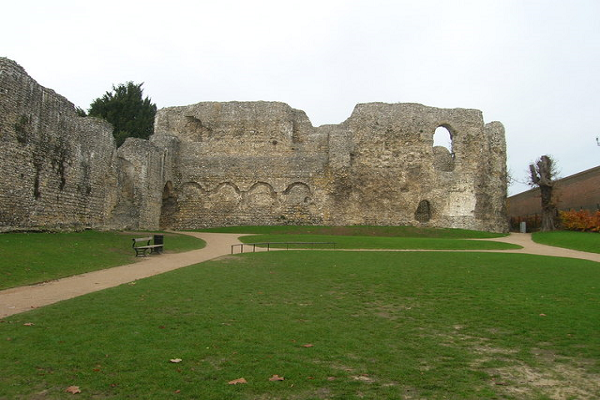 The Abbey of Reading, dedicated to the Virgin and St. John the Evangelist, was founded by King Henry I in June 1121, on a site between the rivers of Thames (on the north) and Kennet (on the south), much nearer to the latter. The Abbey was of the Cluniac Order. The Cluniacs were the first of several orders founded with the object of keeping more strictly the Rule of St. Benedict. They date back as far as AD 912. A distinguishing mark of the Order was that all its houses were directly subject to the one mother-house of Cluny (near Macon). The Abbot of Cluny nominated the superior of every subordinate house and, to him, they all owed allegiance. The first Cluniac priory founded in England was at Barnstaple. It never became important. The next, that of St. Pancras at Lewes, set up in 1077, was the senior house in England. All the English Cluniac monasteries were priories except Reading and Bermondsey. There were thirty-two of them still existing at the Dissolution.

Very little of the great Abbey of Reading remains above ground and what does remain is a series of masses of flint rubble, which have been stripped of every bit of their stone facing. To get to them you pass through the Forbury Gardens and under a subway in the right-hand (south-east) corner. They are the local Council and are well cared for. All the four outer gateways of the precinct are gone, but the inner gateway survives, though in a much restored condition. It is a building of some interest. In the room over the gate, the "trial" of the last Abbot is said to have taken place.

The church was 450 feet long and, except the eastern Lady Chapel, was a Norman building with an apsidal end. The transepts had each two apsidal chapels on the east; the innermost one on the south transept extended farther east than the rest. It may have been the old Lady Chapel. There was a central tower over the crossing. Fragments of the piers of this tower, and more considerable ones of the transepts, especially the south are all that survive of the church. Next to the south transept wall the vestry, or the slope, is traceable and then (going south), the chapter house, on the whole, the best preserved piece of all. It is apsidal and has its triple entrance and three great windows above. In it, no doubt, the Parliament sat, when, as not seldom happened, it met at Reading. Some modern bas-reliefs of the first Abbot being invested by the King and the last Abbot executed, and a facsimile of Sumer is icumen in, are on the walls. Next to it, going south, is a passage (possibly to the infirmary) and then the basement of the dorter, which extends beyond the cloister. The access from dorter to church must, it seems, here have been by way of the cloister. At the southern end, at right angles to the dorter, was the reredorter, under which ran the main drain communicating with the Kennet. The cloister garth is laid out in private gardens. The east corner and southern wall of the frater are traceable on the south side.

Although the Ruins of Reading Abbey are currently closed for conservation until summer 2018, many parts are still visible from surrounding public paths. Take a walk and experience the former scale of this royal Abbey. If you visit during the week you may even see the conservation team working on protecting the ruins so that they can be re-opened.

There are remains of the south transept (the arms that project at right angles from the church, forming a cross shape), the treasury, the chapter house (where the monks all met together), the dormitory and the refectory (the dining room).

You can also see the mill arch over the Holy Brook. This is the only remaining part of what was once the mill for Reading Abbey. The mill was in use until the twentieth century! You can find it just off Abbey Street, behind ‘The Blade’ office building.