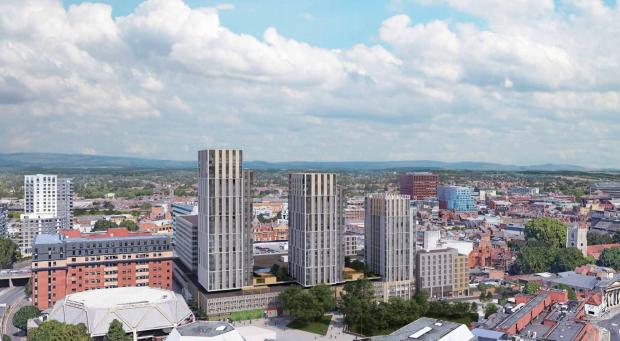 Some huge planning decisions for developments that will change Reading forever have been made so far in 2022.

A total of 1,265 homes can be built across three developments in the town, thanks to planning approval being given or developer contribution agreements being finalised.

The biggest plan that was approved was the 620 home Reading Metropolitan development, with the most controversial being the approval of 223 homes to be built on Reading Golf Course.

However, delivery of some of these developments are likely to be complicated by changes in ownership and adaptations to plans.

READ MORE: Reading developments to be decided in 2022 that could change town forever

The future of a scheme to build 422 apartments above Broad Street Mall is uncertain due to a reported change in ownership, and questions have also been raised over what is happening with the Bristol & West Arcade.

Below you can find out about the biggest planning news in Reading so far in 2022.

You can view plans by typing in there reference in brackets in the council’s planning website here.

A huge plan to demolish the town’s old Royal Mail depot at 80 Caversham Road and replace it with 620 homes was approved in March.

The homes will be built within seven tower buildings and seven townhouses, with additional buildings being used for community use and offices.

READ MORE: Clash in Reading over 620 home plan that has only 94 car spaces

Prior to it being approved, councillor Simon Robinson (Conservative, Emmer Green) raised alarm that only 94 car parking spaces will be provided.

But the fear was rebuffed by cllr Tony Page (Labour, Abbey), who argued car use among millennials is plummeting and future occupants would be able to access the services they need by walking or through public transport.

The future of a plan to build 422 apartments within four towers above Broad Street Mall is uncertain following the reported sale of the mall.

Last December, the owners Moorgarth signed a section 106 legal agreement laying out the millions it would pay to Reading Borough Council in developer contributions.

The S106 agreement is a major part of the planning process, with the developers agreeing to pay a  £5.425 million affordable housing contribution and £1.092 million on ‘improvements to the public realm.’

READ MORE: The millions that are set to be spent on Broad Street Mall towers

But it is unclear what will happen with the towers plan, as Alan Bunce from UK Property Forums has reported that investment company AEW UK has bought the mall from Moorgarth.

Earlier this year, AEW acquired a portion of Friar Street including the Harris Arcade and bars The Pitcher & Piano and Revolution, for £9 million.

AEW refused to comment when contacted to confirm the mall purchase and provide more information.

An ambitious plan for the future of Bristol & West Arcade is also uncertain as ownership of the building has changed hands. 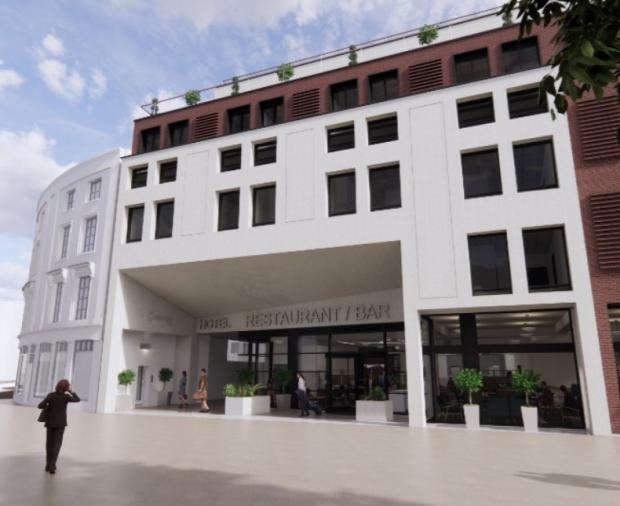 A CGI of what the hotel would look like, if it ever gets built.

However, two fresh applications for the arcade building involve converting rooms from the first floor upwards into 26 apartments by new applicants Mountley Ltd.

The new applications were submitted in April – with no work appearing to take place on the hotel plan. 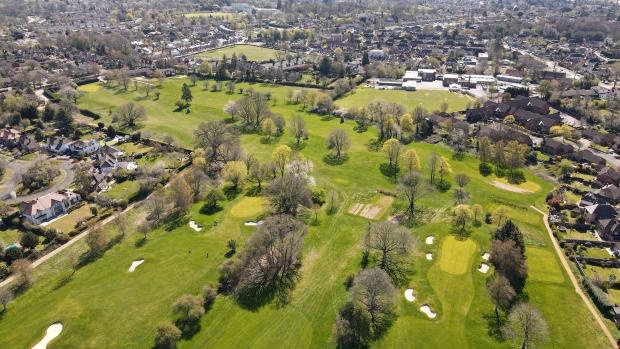 Perhaps the most controversial of the plans, the application to build 223 homes on the old Reading Golf Course was approved in March.

Once an S106 agreement is reached, a mixture of homes, bungalows and apartment blocks containing one bed and two bed flats can be built on the site.

There were fears an earlier refused plan for 257 homes on the golf course would get approved on appeal to the Government’s planning inspectorate.

However, applicants Fairfax withdrew the appeal in May. 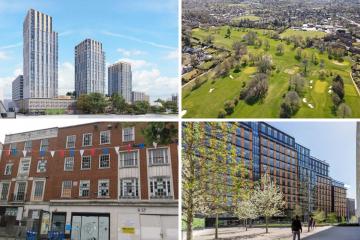