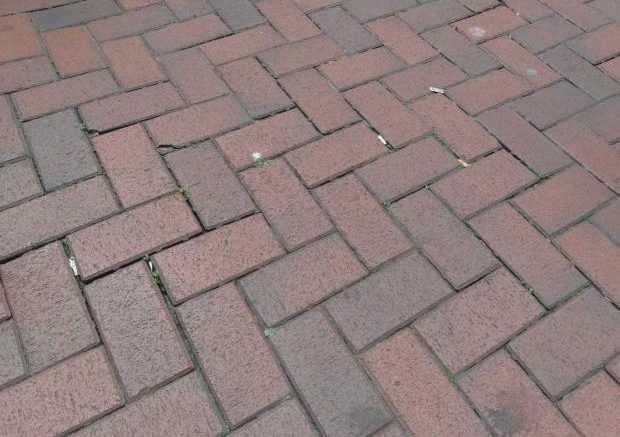 A distressed resident has asked what the council can do about the sheer amount of discarded cigarette butts littered across Reading town centre.

When going for a short walk up along Bridge Street and St Mary’s Butts, the Local Democracy Reporting Service spotted approximately 25 discarded cigarettes.

She said: “Would the committee urgently consider charging £100 at least for throwing litter, including cigarette butts on the pavement, streets and shopping precincts, as they do Whitham, Essex, Halifax, Merton, Hull Wandsworth and Barnsley?

“Look at the state of the cobbled areas, where cigarette butts are lodged in the cracks.”

Cllr Rowland admitted to being a smoker, but takes her used cigarettes with her for proper disposal.

Fines for littering in Reading already stand at £80, with offenders being fined £400 for flytipping (reduced to £200 if paid within 10 days).

However, the council does not have litter control officers which are able to issue on the spot fines.

Cllr Rowland said she would look into increasing enforcement.

She explained: “I’m committed to investigating the possibility of introducing litter control officers, who would have the warrant to issue fixed penalty notices for littering within the town centre and other areas throughout the borough where littering is a constant problem.

“The nature of this type of enforcement is confrontational, however, with officers being required to be trained to minimise the escalation of angry conversation, wear stab protection vests, and equipped with body cameras and urgency contact with the police.”

She added that councils that do engage in this enforcement are often contracted out.

Cllr Rowland urged residents to use the Love Clean Reading app, which works by residents uploading pictures of waste and graffiti for the council’s team react.

She said the town centre is rotationally cleaned 14.5 hours per day from 5.30am to 7.30pm every day other than Christmas Day.

Although a mix of methods are used for street cleaning, cobbled streets are either mechanically swept using a compact vehicle or a self propelled sweeper is used, both of which suction for litter disposal.

Cllr Rowland said: “This methodology has proven to be the most effective way of removing small items such as cigarette debris, litter and leaves.”

Although Caroline Langdon was audibly exasperated at the amount of littering in the town centre, she did express relief after Cllr Rowland agreed to meet with her in the town centre to discuss the issues further.