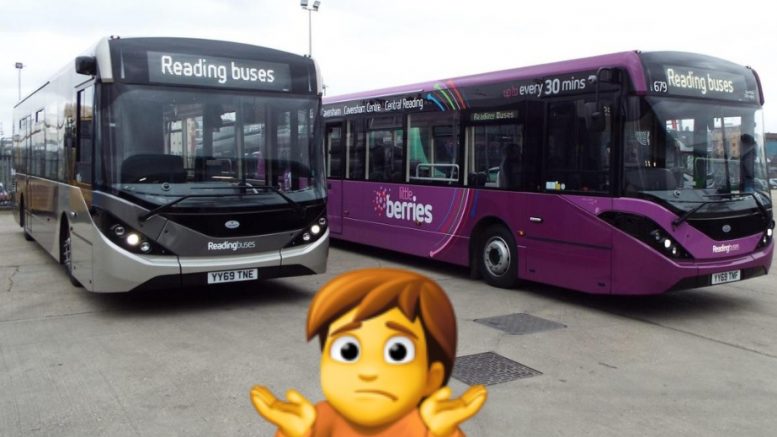 People in Reading are generally unsurprised that a park and ride service between a business park and the town centre has been cut.

According to the company, the route has been terminated because it is not used enough.

The service was subsidised by Wokingham Borough Council to run as a replacement park and ride (p&r) while the Winnersh Triangle p&r is closed until 2023.

However, the subsidy ran out and Reading Buses has decided to no longer run the route.

READ MORE: Clash over Reading Buses service axed due to low use

People in Reading are unsurprised the route is being cut.

James Templeman said: “The town is well served by not only a whole host of actual car parks but also an exceptional train service.

“There just isn’t the demand for a park and ride. This just proves it.”

Steve Lutwych argued that it is unfair to blame councillor Tony Page (Labour, Abbey) Reading Borough Council’s lead member for transport, for the failure of the route.

Reading’s Labour administration has been accused of ‘wasting’ money on the Thames Valley Park p&r project by cllr Rob White, leader of the Reading Greens and Park ward representative.

Mr Lutwych said: “Surely this has only ‘failed’ as a result of many of its pre-Covid users now working from home on a (semi) permanent basis?

“I’m no fan of our Supreme Ruler and Overlord Tony Page, but it’s a bit of a cheap shot of the Greens to put the blame for this at his door when it was a popular service before the pandemic.

“What next? “Tony Page failed to predict a plague of locusts?”

Wokingham Borough Council has been asked for a statement on the claim that £3.6 million has been ‘wasted’ on the ‘failed’  park and ride at Thames Valley Park, but no response has been received so far.

Meanwhile, Fiona Watson is sad that the p&r at Thames Valley Park will no longer operate.

She said: “It’s a shame that wasn’t better advertised in the first place.

“It was a great service.”

Cllr David McElroy (Green, Park) argued that the buses used for the service should be redeployed to existing routes or used to create a new one.

Reading Buses has since confirmed the buses will be used on the H3 route running between Mereoak park and ride, Thames Valley Park and the Royal Berkshire Hospital.