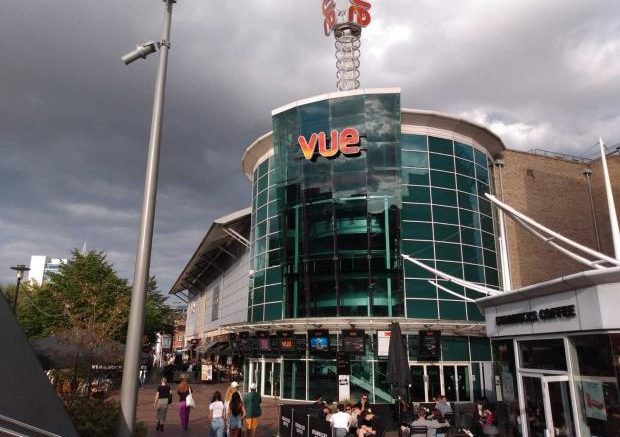 A number of restaurants in Reading could be ‘at risk’ to make way for the town’s biggest shopping centre to be redeveloped.

This summer, a consultation was launched on a proposal to transform part of The Oracle, adding 475 apartments, ‘co-working space’ and new leisure facilities.

For that to happen, the building south of the Kennet would have to be demolished, and the one north of it would be partly demolished.

READ MORE: Plan to transform The Oracle in Reading scrutinised as more details are revealed

But this could require the closure of the Vue Cinema and potentially put six active restaurants in The Oracle Riverside, including two restaurants which opened in 2017, in a position where they are forced to close or relocate.

Here is a list of the restaurants and other amenities along the riverside ‘at risk’ if plans go ahead.

The Vue Cinema will have to close as its home building would be completely demolished.

However, the consultation makes it clear that new facilities would be provided for Vue, meaning it would reopen on site in The Oracle.

Popular steakhouse Miller & Carter could also close as its situated right next to Vue.

Browns Brasserie & Bar, known for its brunches, Sunday roasts and impressive drinks menu would have to close prior to any demolition project.

The American diner is on the same row of restaurants earmarked for replacement.

This is not the only TGI’s ‘at risk’ due to redevelopment plans either, as the restaurant in Vastern Road could be demolished along with Aldi, The Range and other stores to make way for 600 homes.

French fine diner Cote is the last open restaurant that could go on the south side of the Kennet, situated close to Yield Hall Place which represents the end of The Oracle.

The old Handmade Burger Co. at The Riverside in The Oracle, Reading town centre, which closed at the start of 2020. Credit: James Aldridge, Local Democracy Reporting Service

If this burger chain ever reopens in The Oracle it may be sent packing a few years afterwards.

Handmade Burger Co has been closed since 2020 but could reopen, as a company called Alphadean Ltd won permission to sell food and alcohol and play music until midnight each night in April.

The Local Democracy Reporting Service asked the company when it aims to reopen but no response has been received.

The Next Beauty at Home and restaurants on the north side of The Oracle Riverside in Reading. Credit: James Aldridge, Local Democracy Reporting Service

This pizza chain opened in 2017, and was accessed from Debenhams prior to the department store’s closure in 2020.

It is at risk as The Oracle proposal involves the demolition of part of the Debenhams unit.

The Real Greek also opened in 2017 next to Franco Manca, and would likely have to go to make way for new facilities.

Next Beauty at Home

The part of The Oracle which would be transformed as part of the east site redevelopment. Credit: Hammerson

There are also questions over whether Next Beauty at Home could go, as it took over part of the Debenhams unit since it opened in December 2020.

That’s because not all of the unit would be demolished as part of the redevelopment plans.

At a consultation webinar, Michael Dillon, from CallisonRTKL planning firm explained: “We are taking part of the Debenhams store and demolishing it, and then rebuilding on that side, but we are also retaining part of the store that faces into the shopping mall. It’s not a complete cutaway.”

What have The Oracle’s owners said?

A spokesperson for Hammerson, which owns The Oracle,  said it would be inappropriate for it to comment on the potential closures while the proposal is in its infancy.

None of the restaurants above, Vue or Next have announced any closures as part of the plans so far.

Separately, Pizza Hut announced that it would be closing in September, creating a gap on the ground floor of the Riverside’s south western building.