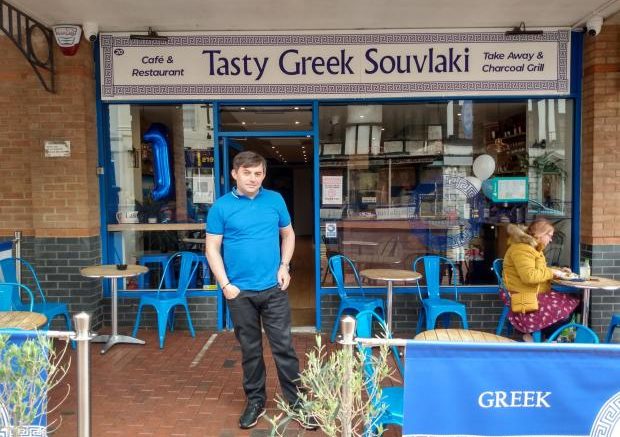 A Greek restaurant in Reading has proven successful enough to launch a new branch in the Big Smoke.

Tasty Greek Souvlaki, which opened in Reading town centre shortly after the pandemic hit, is set to open a second branch in Acton High Street in London.

Story posts on social media show the new restaurant will be ‘opening soon’ in Acton, with the exterior of it completed.

“The one in London is going to be the same mix of food quality and passion as in Reading.

“The restaurant is bigger, so the menu will be bigger.

“We’ll be able to do nice Greek cocktails and seafood, so there’ll be nice prawns, sea bass in a grill and fried calamari.”

The restaurant in Acton has 63-65 seats for guests.

Mr Rusta will be managing the Reading and London sites himself.

The second anniversary of the restaurant in Reading took place on Wednesday, May 18.

A celebratory post on Facebook reads: “May 18th marked two long years of graft, hard work and patience. Our goal from the beginning was always to serve top quality Greek food with a great dining experience, and it has been cornerstone to being able to keep the venture going.

“We really want to reach out to all those who’ve believed in us from the start to our staff and our customers who have made us more than happy to serve and provide that great dining experience we continually strive to deliver, thank you so very much!”

Subject to availability, the restaurant will serve up kokoretsi (roasted lamb intestines) on request.

The ‘Easter special’ is done on the Orthodox date as that is when Greece celebrates the Christian festival.

Mr Rusta is hoping to make new additions to the menu in Reading as well, including more salads, a veggie pita wrap and ‘vegan gyros’.

No date has been set for the opening yet, as work needs to be undertaken on the interior.

Acton High Street is in the London Borough of Ealing.

The unit Tasty Greek Souvlaki has taken over what was once a ‘ChicKing’ fried chicken restaurant, which is thought to have opened in September 2017 but was closed by December 2020.