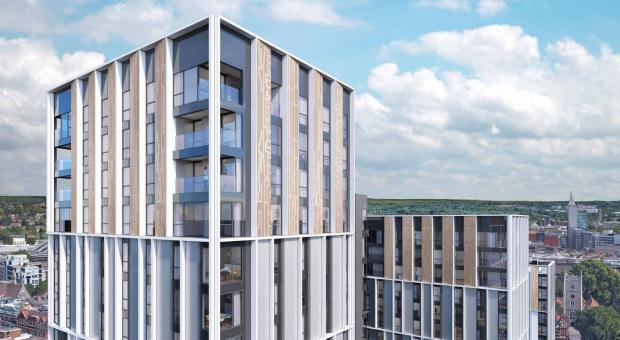 The massive amounts of money involved in the project to build four towers on top of Broad Street Mall have been revealed.

An S106  is a legal agreement made between the developers and the council which involve monetary contributions so the council can pay for infrastructure and services it provides.

It also involves non monetary contributions such as affordable housing and ‘social value’ such as hiring local people for the construction and providing employment and skill opportunities.

READ MORE: Four developments that could change the face of Reading in 2022

The numbers contained within the S106 agreement document are massive.

But what amounts will be paid to Reading Borough Council in the S106 agreement?

The largest amount in contributions found in the document is £5.425 million (£5,245,006) on affordable housing contributions.

The scheme falls well short of Reading Borough Council’s target of 30 per cent affordable housing provision in developments over 10 homes in size.

Of the 422 apartments to be built, 42 will be affordable, which amounts to an  affordable housing offer of 9.95 per cent.

The 42 affordable apartments will be made up of 16 one-bed units, 16 two-bed units and 10 three-bed units.

However, in the document, the agents for the developers have explained the  £5.425 million will make up for the lack of affordable housing, and is “equivalent” to providing 30 per cent affordable houses.

It is understood that this money will be spent on other affordable housing schemes across the borough.

The developers will also pay £1.092 million (£1,092,000) on ‘improvements to the public realm’ which includes upgrading footpaths, installing outdoor seating, upgrading bins and planting trees and flowers.

£633,000 will be spent on improving Reading’s parks, such as Forbury Gardens.

The total amount the developers will pay to Reading Borough Council is not explicitly laid out in the document.

Moorgarth, the current owners of Broad Street Mall, have been contacted for a statement and clarification of the total amount payable to the council, but so far no response has been received.

Work on the project could theoretically begin this year, but any progress is complicated by the fact that Broad Street Mall is for sale.

It is on the market for £55 million according to commercial property website Raella.

The mall is being marketed by Knight Frank, which advertised that it saw a 7.5 million footfall pre-Covid, and would provide the new owner with a net income of £4.46 million (£4,468,563) per year. 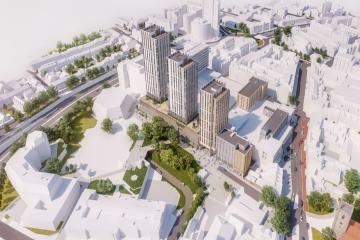