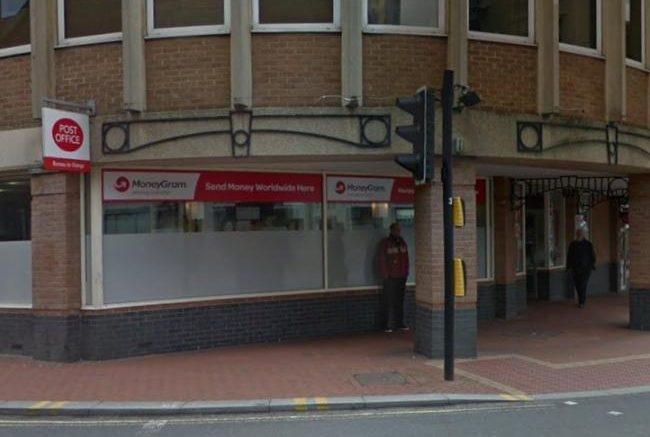 Eaton Court, a two-to-three storey office building at 112 Oxford Road, will be demolished, if the plans are approved, and replaced with three buildings between four and seven storeys.

The former Centre for Health and Disability Assessments in Reading, which carries out assessments for the Department for Work and Pensions, has moved to 21-22 Market Place.

The former post office that is now a DWP medical centre

The flats would be split up into:

A 106-space decked car park at the back of the site would also be removed and replaced with a 42-space car park, while 84 cycle spaces would be provided for residents, visitors and nearby commercial units.

A further 10 car parking spaces which are currently at the front of the site, on Oxford Road, would be removed and replaced with tree planting and landscaping.

The developer has submitted a viability assessment, which it says demonstrates the proposals cannot viably support any affordable

However, Cannon Capital Developments Ltd says it is prepared to offer 15 per cent on-site affordable housing provision at 80 per cent of market value.

This equates to the provision of 20 affordable units, out the 131 flats being built.

Planning consultants Montagu Evans LLP, on behalf of Cannon Capital Developments, explain in the application: “Whilst we recognise this is below the 30 per cent target set out under Policy H3, it is well in excess of the that which is justifiable in policy terms due to the scheme’s lack of financial viability and is therefore compliant in policy terms.

“Given the proposals constitute a Build to Rent scheme, the affordable housing offer will be delivered as Affordable Private

The unit mix of the proposed affordable housing would be:

Although the council recently introduced a police stating affordable homes should be rented at 70 per cent of market value, affordable private rental properties provided as part of a build-to-rent development are excluded from this policy.

The development would be tenure-blind, which means the affordable and non-affordable units have the same design and benefits.